Share on linkedin
Share on whatsapp
Share on twitter
Share on email
The automation of operations protocols through AI tools has a positive impact on the reaction times of control centers and the way operators work, as well as the design of O&M...

The automation of operations protocols through AI tools has a positive impact on the reaction times of control centers and the way operators work, as well as the design of O&M and financial strategies in the long term.

Just as the calculator didn’t put an end to mathematicians, AI won’t make control center technicians obsolete. On the contrary, AI empowers technicians and allows them to evolve from operational tasks to analytical roles. AI and digitalization are creating a paradigm shift in operations and maintenance, which enables the implementation of more complex strategies that increase facilities’ profitability. This undoubtedly fundamental change comes at time when the renewable energy sector is facing a present and future of clear, direct competition with conventional energy sources in the electricity market.

One of the takeaways from the 11th Wind O&M Europe summit, held in Munich on February 27thand 28th, was that more effective tools are needed to operate wind farms—and automation is one of the fastest, most innovative and simplest solutions to implement.

Up until now, control centers have traditionally been run by operators who carry out tasks via remote control, or by manually issuing work orders to on-site teams, in accordance with the operations protocol defined by each particular facility. In other words, human beings must make decisions and execute actions in response to certain signals generated by real-time monitoring, according to a defined protocol.

In Munich, Green Eagle Solutions presented the CompactSCADA® Smart Energy Control Center, which applies artificial intelligence to the operational procedures of renewable energy control centers. This technology enables the automation of operations protocols, guaranteeing strict compliance and thereby reducing the periods of unavailability that are currently inherent in control centers, due to the nature of human operators. This is exemplified by the average reaction time of a control center operator to a given turbine-related incident, which is estimated at 10 minutes.

In addition, this technology makes it possible for control centers to develop and implement more complex control strategies. These are dependent on external variables that influence a wind farm’s operational strategies in real time, and are beyond the scope of traditional operations methodology. One example is the inclusion of market price information in wind farms’ remote operations protocols, which can be influenced by this information in various ways. Another is the implementation of certain operational restrictions, due to environmental issues, in a more detailed way.

The CompactSCADA® Smart Energy Control Center technology allows each control center operator to transform their profile from operator to analyst. This means that once the solution has been implemented, their role is to monitor the performanceof the different operations protocols, seeking to optimize them and even define specific protocols for certain turbines, as required by their status or particular location.

Alejandro Cabrera, CEO of Green Eagle Solutions, detailed two case studies of the technology’s application during his presentation at the event in Munich.

The first case study regards a wind farm with 62 Made AE-52 turbines and a total installed capacity of 49 MW. At this facility, the loss of availability—resulting from two kinds of resettable error associated with high wind speeds during 2016—was analyzed. This was compared to the period of April 2017 to April 2018, when the CompactSCADA® Smart Energy Control Center technology was operational.

The results of this comparison are overwhelming, revealing a reduction from 3,369 hours of unavailability (among 62 turbines) in 2016, to only 285 hours during the year that the wind farm was utilizing the implemented solution. When it comes to assessing the resultant economic upturn, if we consider the wind farm’s load factor to be 50% and assume an average energy price of 35 euros/MWh, the earnings generated by the CompactSCADA® Smart Control Room tool come to more than 43,000 euros per year.

The second case study involves the implementation of an operations strategy linked to market-clearing prices, at a wind farm with 29 Ecotècnia ECO-74 turbines and a total installed capacity of 48 MW. The company that owns the facility decided to implement control logic that halts the wind farm when the market-clearing price of the energy market is lower than the marginal costs of operation. In this way, the company saves money directly by eliminating the difference between the possible revenue that would have been generated if the wind farm had been operating and the costs incurred by its operation. In addition, this strategy extends the turbine’s service life, since these “saved” hours can be used in the future when the market-clearing prices allow profits to be made. When it comes to monetizing these savings, if we assume the wind farm’s average load factor to be 30%, the average energy price to be 35 euros/MWh, and the conversion rate for the “saved hours” to be 70%, then the savings generated over the 2.5 years of the strategy’s implementation total over 92,000 euros.

Green Eagle Solutions SL, within the framework of the ICEX Next Program, has had the support of ICEX and the co-financing of the European fund FEDER. The purpose of this support is to contribute to the international development of the company and its environment. 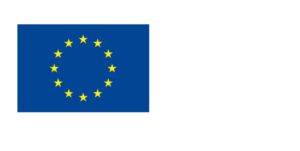